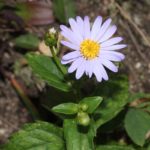 Many people agree that the official flower of September is the Aster. Since the flowers look like colorful stars, the name is derived from the Greek word for star. 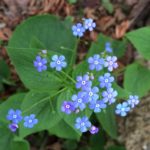 In England the September flower is the Forget-Me-Not (Myosotis) as well as the aster. There are so many things to remember this ninth month of the year, I can see why the Brits chose both flowers to symbolize the month

Here are just a few of the things to remember in September:

September is National Senior Center Month. According to the National Council on Aging, the 2018 theme is: Senior Centers: Building Momentum! It is an opportunity for Senior Centers across the country to show how they are building momentum towards the future of aging and how programs at Senior Centers can change the perception of aging. Senior Centers evolved from social clubs to places where seniors get help with problems that concern the aging population, such as health insurance, nutrition, transportation, and exercise as well as learning a new skill or a new craft. Many programs are available to help elders live safely and independently within their community? AND to have fun.

The Power of Flowers Project has very close ties with several area Senior Centers. In addition to making frequent deliveries of our signature bouquets to senior centers in the Merrimack Valley and beyond, we run Flower Therapy Workshops where volunteers bring all the necessary flowers and supplies and provide instruction and assistance as needed for each participant to make his or her own bouquet. 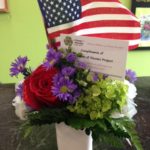 On a very somber note, Septemer 11 of each year has been designated Patriot Day, a day to remembers the thousands of people who were killed or injured during the terrorist attacks in the U.S. on 9/11/2001. As a mark of respect for those souls who perished on that grim day in 2001, flags all over the U.S. are flown at half staff and those on U.S. government buildings throughout the world. Many people observe a moment of silence at 8:46 AM (Eastern Daylight Time). This marks the time that the first plane flew into the World Trade Center in New York. You may find many church services and memorial gatherings throughout your community. 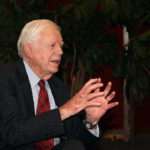 In 1977, the first Sunday in September after Labor Day was designated “National Grandparents’ Day” In 1978 then President Jimmy Carter signed a proclamation that created the day “…to honor grandparents, to give grandparents an opportunity to show love for their children’s children, and to help children become aware of strength, information, and guidance older people can offer.” 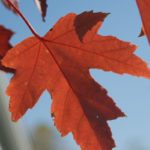 We also celebrate the Autumnal Equinox on or about September 22 i n the Northern Hemisphere. It’s the first day of Fall and when the sun crosses the celestial equator. Equinox means that the night and day are almost exactly the same length. (Equinox is derived from the Latin meaning equal night.)? i.e., 12 hours of sunlight and 12 hours of darkness. After September 22, the nights lengthen and the days shorten.

There are several other “days” in September that could be fun to celebrate:
? On September 7, 1860, Grandma Moses was born. She didn’t start painting until she was in her late 70s! Her paintings became popular internationally because they depicted nostalgic glimpses of life in rural New York. Perhaps she took art classes at her local Senior Center! She continued to paint until a few months before she died at 101 years of age.
? September 19 is International Talk Like a Pirate Day. No, seriously: https://en.wikipedia.org/wiki/International_Talk_Like_a_Pirate_Day
? September 28 is Good Neighbor Day. Again, then President Jimmy Carter proclaimed this special day, because ?As our Nation struggles to build friendship among the peoples of this world, we are mindful that the noblest human concern is concern for others. ?I call upon the people of the United States and interested groups and organizations to observe such day with appropriate ceremonies and activities.? 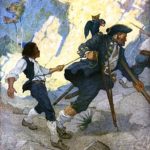 There are 365 days in a year; strive to make each and every one special and memorable.… And spread joy!